You are here: Home › Insects › What we learn from insects’ kinky sex lives

What we learn from insects’ kinky sex lives

Marlene Zuk:  What we learn from insects’ kinky sex lives
A TED Talk from http://www.ted.com/talks/marlene_zuk_what_we_learn_from_insects_kinky_sex_lives 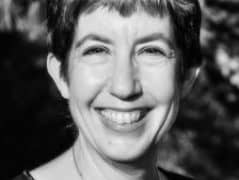 Evolutionary biologist
Marlene Zuk studies insect behavior — and how humans use animal behavior to think about how we behave ourselves.

So, people are more afraid of insects than they are of dying. (Laughter) At least, according to a 1973 “Book of Lists” survey which preceded all those online best, worst, funniest lists that you see today. Only heights and public speaking exceeded the six-legged as sources of fear. And I suspect if you had put spiders in there, the combinations of insects and spiders would have just topped the chart. Now, I am not one of those people. I really love insects. I think they’re interesting and beautiful, and sometimes even cute. (Laughter) And I’m not alone. For centuries, some of the greatest minds in science, from Charles Darwin to E.O. Wilson, have drawn inspiration from studying some of the smallest minds on Earth. Well, why is that? What is that keeps us coming back to insects? Some of it, of course, is just the sheer magnitude of almost everything about them. They’re more numerous than any other kind of animal. We don’t even know how many species of insects there are, because new ones are being discovered all the time. There are at least a million, maybe as many as 10 million. This means that you could have an insect-of-the-month calendar and not have to reuse a species for over 80,000 years.(Laughter) Take that, pandas and kittens! (Laughter)

More seriously, insects are essential. We need them. It’s been estimated that 1 out of every 3 bites of food is made possible by a pollinator. Scientist use insects to make fundamental discoveries about everything from the structure of our nervous systems to how our genes and DNA work. But what I love most about insects is what they can tell us about our own behavior.Insects seem like they do everything that people do. They meet, they mate, they fight, they break up. And they do so with what looks like love or animosity. But what drives their behaviors is really different than what drives our own, and that difference can be really illuminating. There’s nowhere where that’s more true than when it comes to one of our most consuming interests — sex.

Now, I will maintain. and I think I can defend, what may seem like a surprising statement. I think sex in insects is more interesting than sex in people. (Laughter) And the wild variety that we seemakes us challenge some of our own assumptions about what it means to be male and female.Of course, to start with, a lot of insects don’t need to have sex at all to reproduce. Female aphids can make little, tiny clones of themselves without ever mating. Virgin birth, right there. On your rose bushes. (Laughter) When they do have sex, even their sperm is more interesting than human sperm. There are some kinds of fruit flies whose sperm is longer than the male’s own body. And that’s important because the males use their sperm to compete. Now, male insects do compete with weapons, like the horns on these beetles. But they also compete after mating with their sperm. Dragonflies and damselflies have penises that look kind of like Swiss Army knives with all of the attachments pulled out. (Laughter) They use these formidable devices like scoops, to remove the sperm from previous males that the female has mated with. (Laughter) So, what can we learn from this? (Laughter) All right, it is not a lesson in the sense of us imitating them or of them setting an example for us to follow. Which, given this, is probably just as well. And also, did I mention sexual cannibalism is rampant among insects? So, no, that’s not the point. But what I think insects do, is break a lot of the rules that we humans have about the sex roles. So, people have this idea that nature dictates kind of a 1950s sitcom version of what males and females are like. So that males are always supposed to be dominant and aggressive, and females are passive and coy.

My comment on the video: Looking at “kinky sex” in insects tells us as much about ourselves as it does the insects that were studied.

I’ve watched over 120 TED Talks in the last two months.  One of my favorite web sites, I talk about TED here:  http://KeithKlein.me/best-media-best-internet-ted-com/   Who’d have ever thought I’d be optimizing a page on the web for the focus keyword “Kinky Sex“?!

IS A PROPERTY OF ONYOURMARK, LLC